skip to main | skip to sidebar

Selamat Hari Raya to all Muslims all over the world 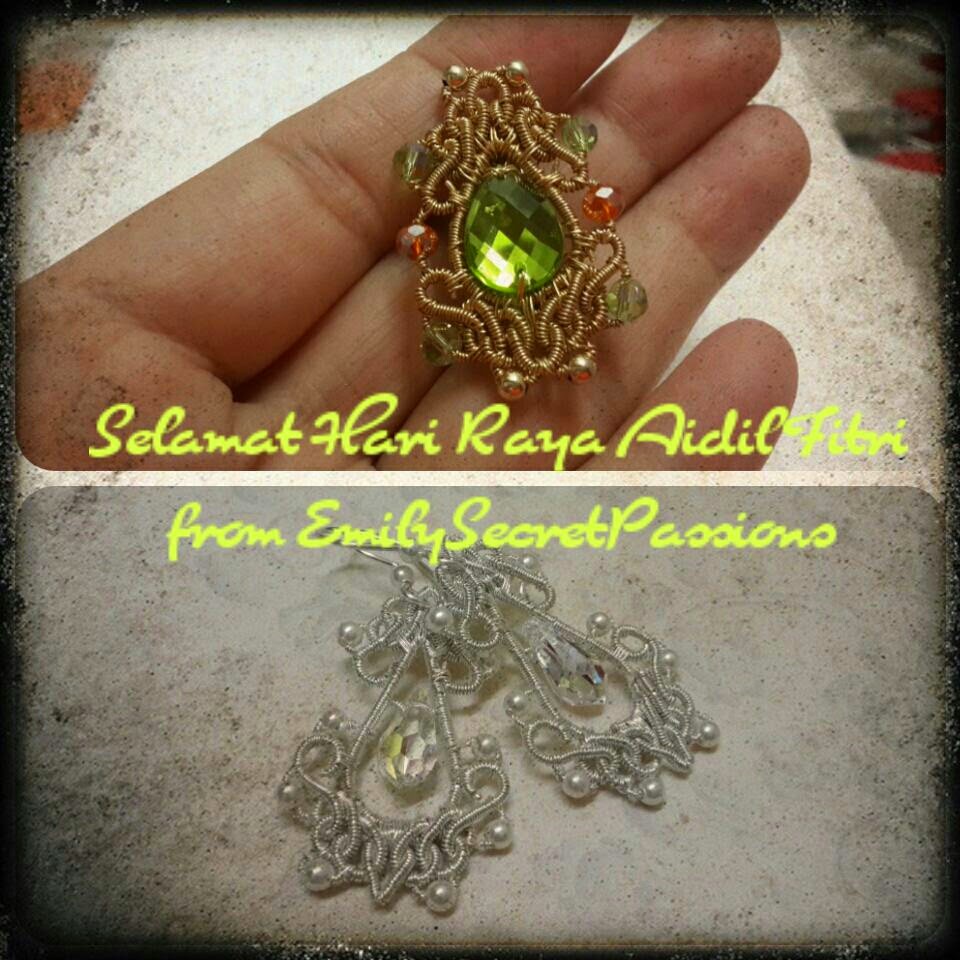 Muslims everywhere will be celebrating Hari Raya in a couple of days after about nearly a month of fasting. Traffic slows to a crawl at several highways as city folk began the trip back to their hometowns for the Hari Raya celebration.  There would still be some folks rushing to make that final preparations before the big day.

My goodself was not doing much crafting during the fasting month though.   During the fasting month (Bulan Ramadan), there would be stalls selling food and stuff at Pasar Ramadan.  Embarassing to mention this, but it was first time in my life that I visited a Pasar Ramadan in my housing estate although I have been residing here for 20 years. There is always a first time to everything, right!  The stalls here were mainly offering food and drinks and I made my way to a food stall that I was attracted to and bought some food.  Next was the drink stall which I bough "air bandung".    I visited quite a number of times during the month and now there's just not many stalls as stall owners have stopped selling and to begin their journey back to their hometowns.

The one week holiday for Hari Raya is here to stay for all students until school reopens on 4th August.  I will not be going anywhere but intend to do some crafting as I've been neglecting my hobby to some extend.  :(

Hope to update more photos here.  Till then, have a wonderful holiday and have a pleasant and safe journey to wherever you may be heading.

Here is one very large brooch I recently completed.  Depends on how you wear it, it is a suitable accessory for your attire (pin on to a pleated skirt/gown at the waist) or pin it on your turban/head wrap to get that special attention. 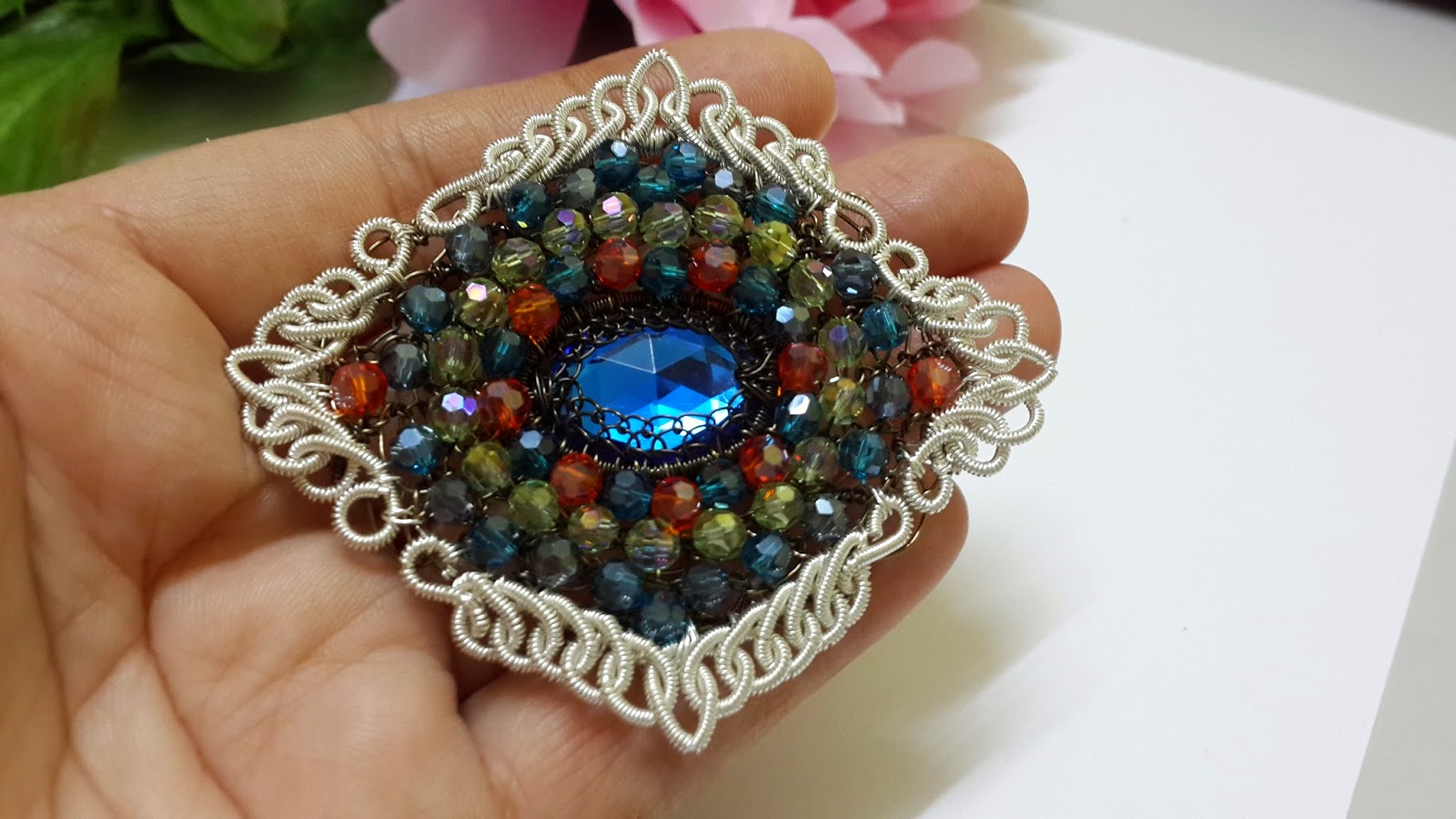 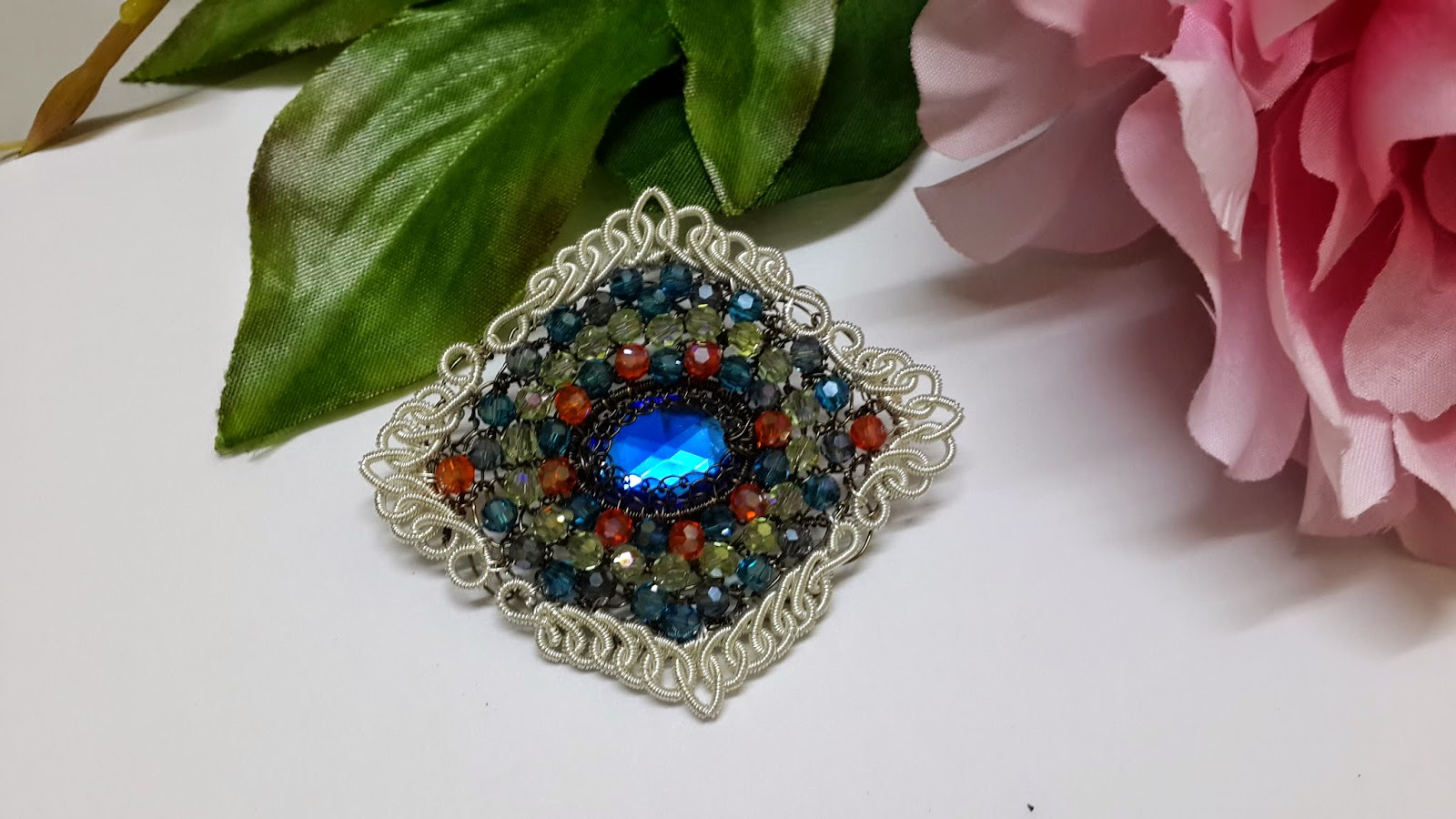 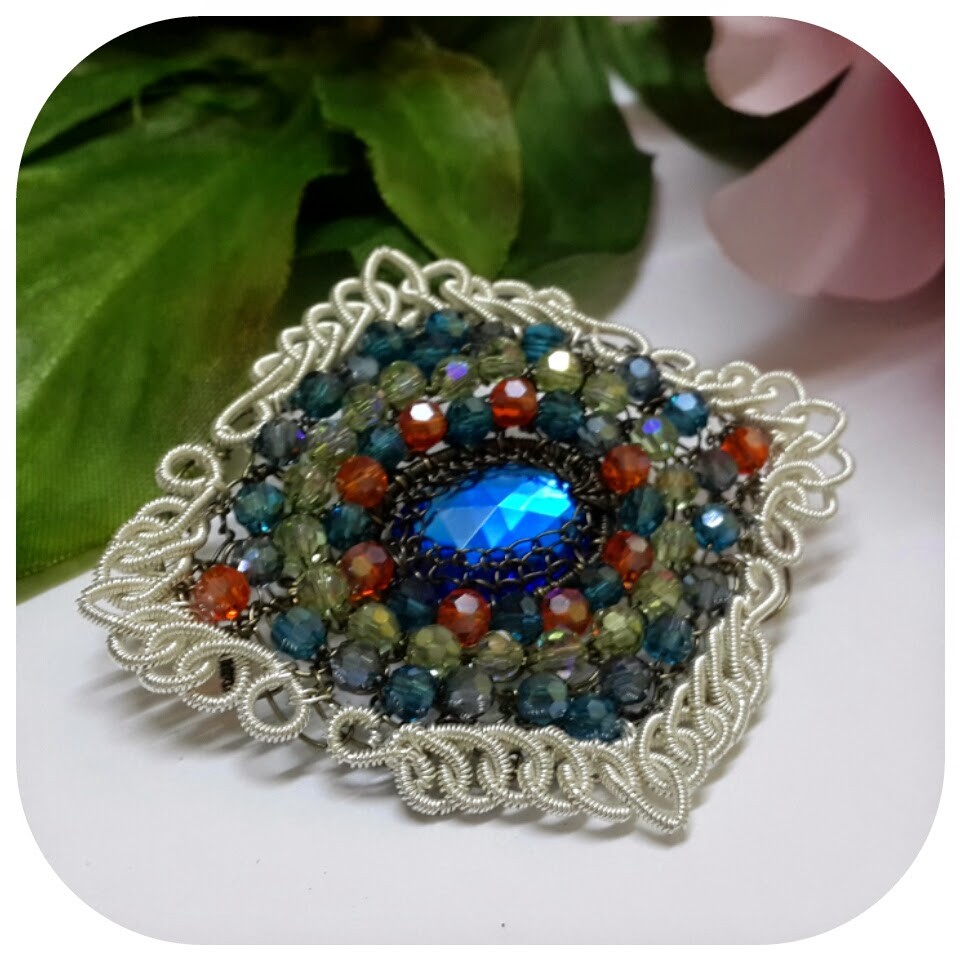 This piece is still available.
If interested, please email me at emilytanmeisin@yahoo.com for details.

Emily's Secret Passions
Seremban, Negeri Sembilan, Malaysia
Hello and welcome to my simple and humble blog. I keep myself sane with wirework crafting during my free time besides being a full-time homemaker and mum to three school-going kids. I am the most happiest person when doing what I love to do - wirework crafting as well as other crafts that catch my attention. My indulgence in this craft is merely to feed my passion as well as sharing them with others. Kindly contact me via email if you have any inquiries or just to chat with me. Email: emilytanmeisin@yahoo.com

Please fill in the order form as follows:

You may make payment by the following method:

* You will receive a confirmation email for your order and total amount including delivery cost.

* Once your order has been confirmed, I will send you the bank account details.

* Kindly make payment within 3 days after confirmation and remember to inform me via email once you have made the payment.

* For overseas buyer, please email me regarding shipping rates.

* All items are shipped from Seremban, N. Sembilan.
* Charges listed above are the minimum charges & may vary
according to weight of item(s).
* Delivery charges includes wrapping, packaging & postage.
* For overseas buyer, please email me.

~ Items will be delivered within 1 to 2 days once payment is received.
~ Items will be packed in bubble wrap & placed inside an envelope.
~ All items will be checked for quality prior to shipping.
~ Do drop me an email once you've receive the package.